We had the fastest in and out of any cruise ship in Cabo San Lucas, ever! As I posted yesterday, there was a medical emergency onboard which required us to redirect our route to Cabo to drop off a guest– and as it turned out later that night– another guest also needed a medical evac. We are told that both are doing fine and that they were served margaritas and had their pictures taken next to the Crystal Sea horses….

We were running on 5 of 6 generators all the way there and arrived in Cabo this morning around 5:00 AM, dropped the tender, loaded the patients, ferrying them to shore and by the time the tender returned the Captain had spun the ship in place and the next thing we knew we were running flat out to Tahiti. I believe the entire event was 15 minutes. As the Captain said during his daily noon announcements, 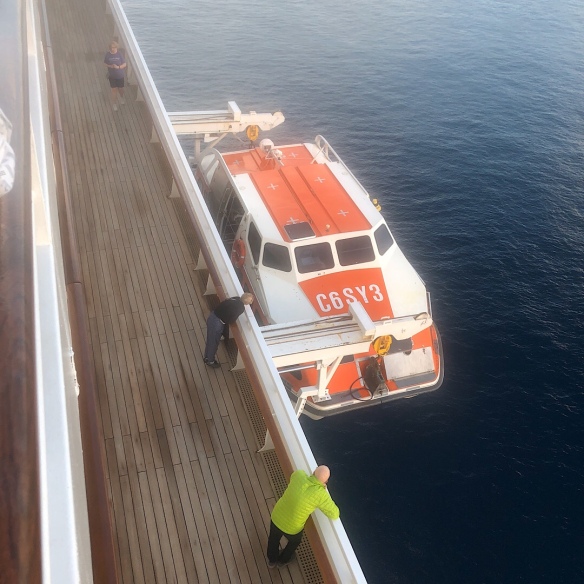 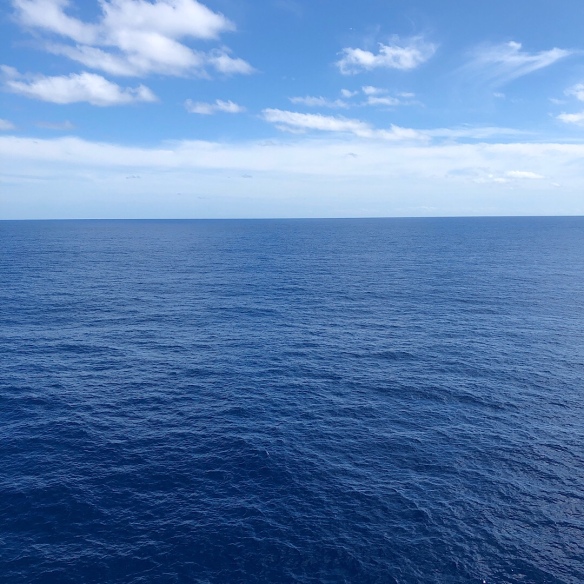 Today marked the first day of the Olympic Games and while Meredith was off to lunch and a lecture and bridge, I had a table tennis match at 1:00 PM.

It all started coming back to me, the spin, the forehand smash– Countless hours spent in college with a major in table-tennis and a minor in my apartment! (couldn’t resist the Henny Youngman joke) . I won my first three matches but got blown out and missed the bronze…. it was awesome playing table-tennis on my way to Tahiti …. yes.. I feel your sympathy… 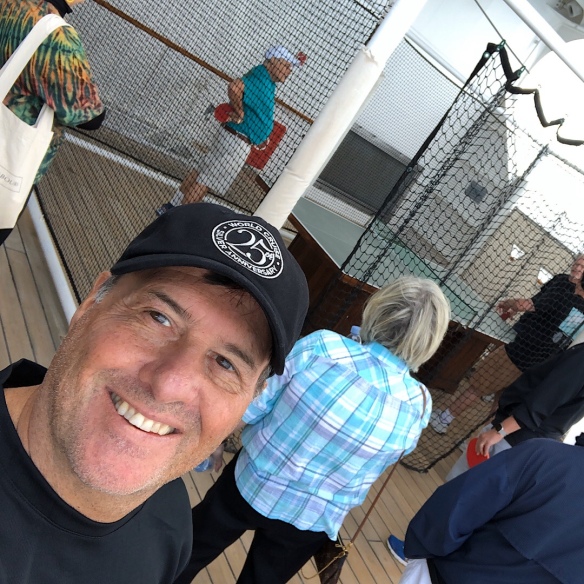 I did get a cool Tee-Shirt out of it. Tomorrow is Darts and I hope I do better there. Then Meredith and I have a golf putting competition in a day or two.

Tonight the chef is preparing us an Indian dinner which we will share with a wonderful couple we met from Sydney. They are both golfers and her handicap is 11. We should invite them to our couples member/guest. Until tomorrow. 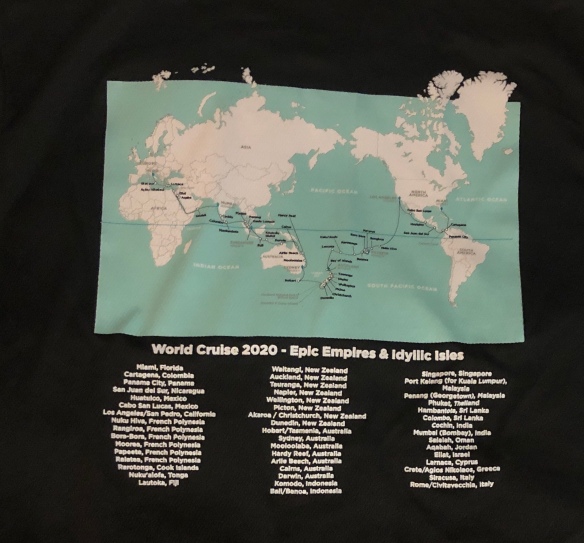