When ships travel from the Pacific to the Gulf and approach the Gatun locks, these guys row out and catch the lines thrown from the bow of moving super tankers and row back to the pier and hand them to the electric mules who guide the ships through the locks.

Over the past 100 years they have tried various incarnations of this: shooting lines from the bow, which proved too dangerous for the receiving end; they tried motor boats, but those too suffered stalls during the rainy season in which the canal can receive more than 200″ in the season….. so they stuck with row boats. 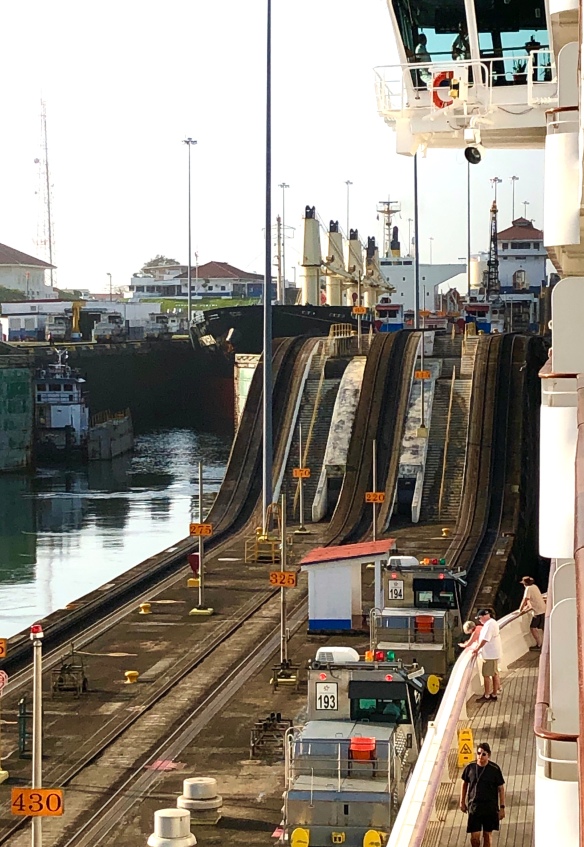